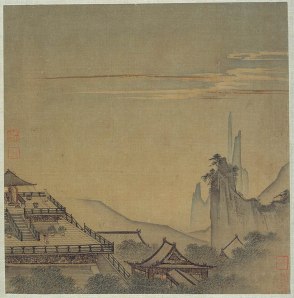 The Song Dynasty, 960-1279 AD, as the second great dynasty of knowledge. (The first being the Tang Dynasty)

The poetry style, ci, originated and rose to prominence during the Song and Tang periods. It was based on songs whose text was replaced by new words without changing the rhyme pattern and the harmonical styles. The poet then had to decide what was more important for him, either the content or the musical and lyric harmony. This kind of ci poetry became more fashionable during the Five Dynasties period. But it was especially in the Song period that ci poetry became so widespread that there is surfacially the impression that it was the sole type of lyric composed in this time while shi poetry was restricted to Tang.